When Sidney Zhang flew from Melbourne to San Francisco, hoping to make it big in the tech world of Silicon Valley, his parents thought he was “insane”.

Especially when his first cryptocurrency company “went up in flames like a dumpster fire” and when he found himself living on a boat for a few weeks.

At one point, due to San Francisco’s rental market costing a fortune, he secretly lived at a co-working space — convincing others he just arrived early and left late.

But it has all turned around for Mr Zhang after the company he co-founded became a “unicorn” last week.

He’s now the chief technical officer and co-founder of Magic Eden, a US-based company that provides an online marketplace for non-fungible tokens (NFTs).

That gave Magic Eden its coveted status as a unicorn — a privately-owned start-up with a valuation of more than $US1 billion ($1.4 billion).

But he also turned down what might have appeared to be a more stable job at Australian financial services company Macquarie Capital.

“My parents thought I was insane … but I also know that they have always been very supportive of the choices I made and the things I’m trying to do,” he said.

From Glen Waverley to Silicon Valley 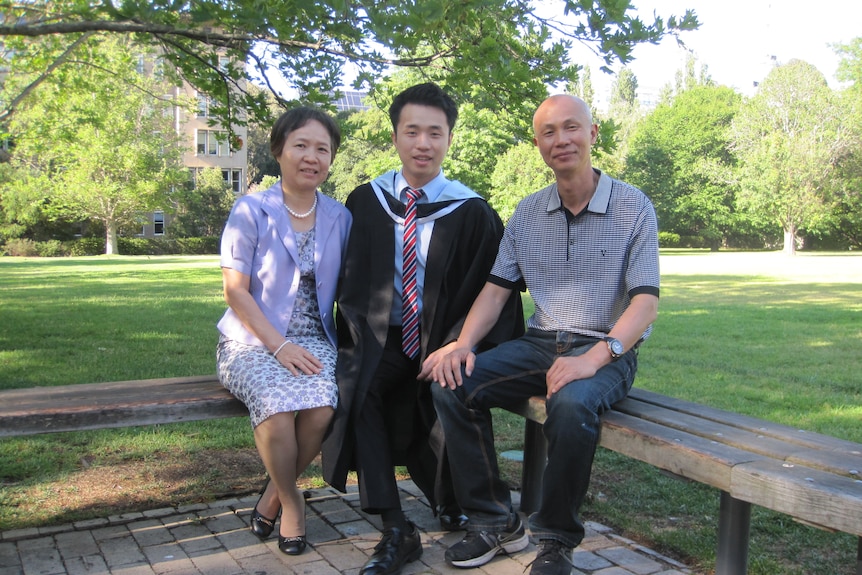 Despite the tech entrepreneur’s new life in San Francisco, Mr Zhang said that, when he thinks of home, he thinks of Glen Waverley in Melbourne’s south-east.

Arriving in Australia at the age of 15, he lived in a house his parents owned while they continued to work in China.

“It was quite free, and really different from China. For the first time, I had a lot of time to pursue [my] hobbies,” he told the ABC.

Mr Zhang taught himself how to program, which he described as an “early inspiration” for his future interest in technology start-ups.

The two soon developed a close friendship and “always knew” that they wanted to “do something in technology”.

At the age of five, Mr Lu immigrated to Australia with his parents, who “made many sacrifices” by leaving behind their established careers in China.

Mr Lu said he was “inspired” by his dad, who “had a sense of adventure and wanted to explore new opportunities”. 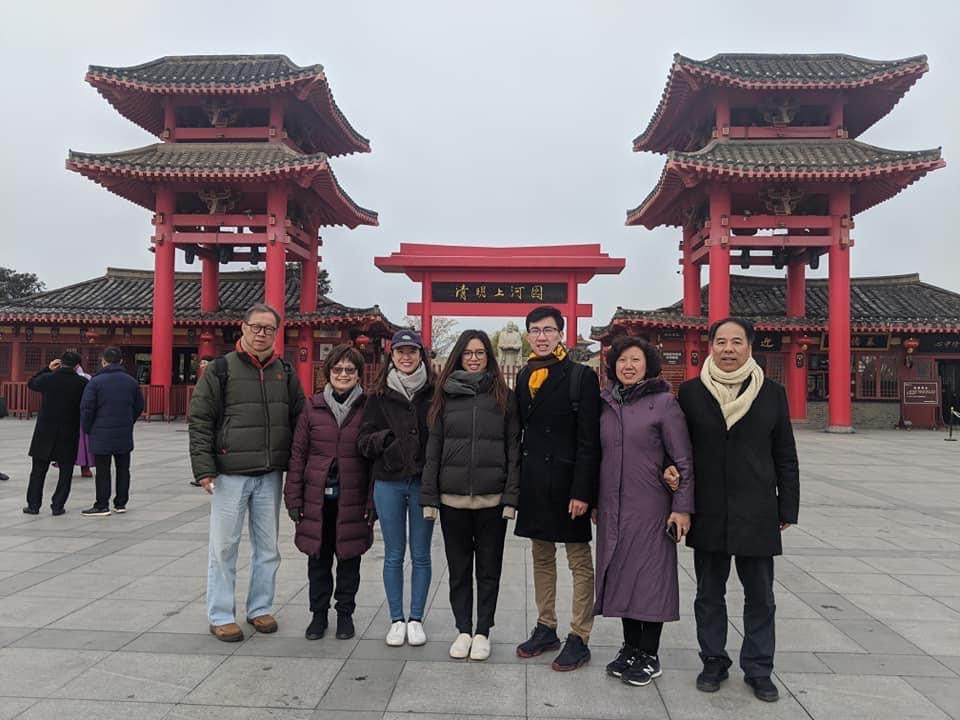 Mr Zhang said the experiences of living independently in Australia had enabled him to “take a leap of faith” and move to San Francisco in 2013 where, he said, the entrepreneurial culture and technology market was more “ingrained” than in Australia.

“[San Francisco] was the right place. It was the technology capital of the world and everything was happening,” Mr Zhang said.

However, it was tough at times. When he arrived in Silicon Valley, Mr Zhang “didn’t know anyone”, so mass-emailed chief executives of start-ups to find a job.

Similar to Mr Zhang, Mr Lu wanted “to be immersed” in “heaps of exciting things happening in Silicon Valley” and moved to the US in 2017.

He had worked several jobs before getting the “front-row seats” to the NFT and cryptocurrency space.

Mr Lu said his parents were worried about his endeavours at first, but showed support for him regardless.

“I think it’s his way of connecting with me and making sure I’m doing OK,” Mr Lu said.

‘The future of art and culture’

Starting just nine months ago, Magic Eden is a major marketplace for NFTs — one-off digital assets such as art or music, stored on blockchain, which is a form of decentralised digital ledger.

NFTs must be purchased with cryptocurrency, which is also stored on the blockchain.

“NFTs are the future of art and culture,” according to the company.

“And, we consider ourselves stewards of the NFT space.”

Dr Vy Nguyen — a research fellow at the RMIT Blockchain Innovation Hub — said Magic Eden was one of the “pioneers” of Solana, one of the world’s fastest blockchains. 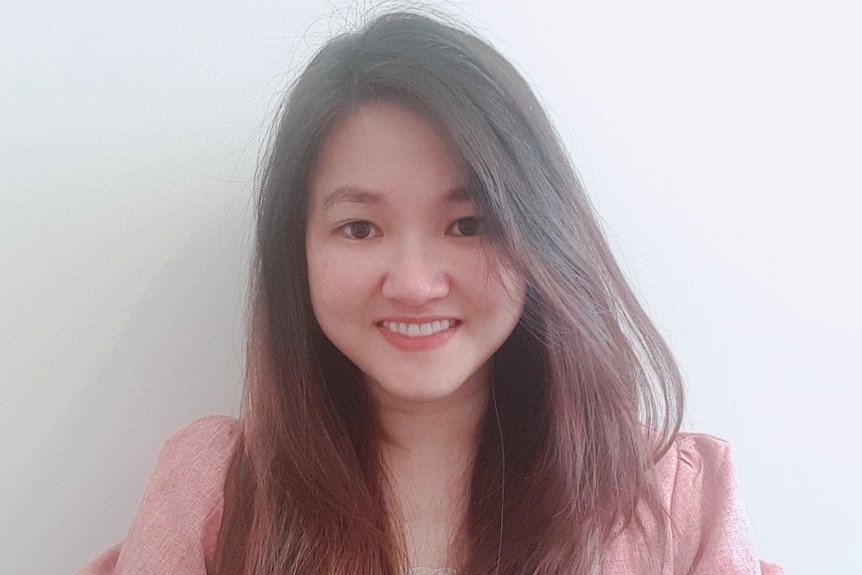 Magic Eden now accounts for about 90 per cent of the Solana blockchain’s NFT trade volume.

“That represents a massive opportunity for investors,” Dr Nguyen said.

However, the rise of Magic Eden comes amid what some analysts are calling a “crypto winter”, a sharp fall in the value of cryptocurrencies as investors close their wallets.

Space to play or pause, M to mute, left and right arrows to seek, up and down arrows for volume. 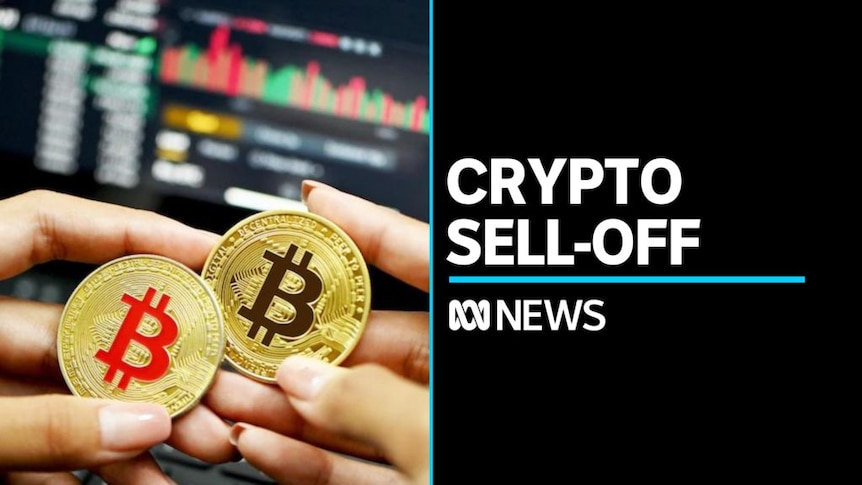 Some cryptocurrencies have seen their value fall even more dramatically.

Dr Weiping He is a researcher on financial markets at Monash University’s faculty of law and she is a member of the Monash Blockchain Technology Centre.

She said the falling value of crypto was reflective of broader economic trends and a “very gloomy” investment environment generally.

However, she said, it was clear some investors — such as Electric Capital, a tech venture capital firm — were still “able to put money into” Magic Eden.

“So that probably partially explains the growth of this particular venture,” she said.

“It’s really about … whether there is a market for the products they are selling.”

The risk of NFTs and cryptocurrency

Magic Eden has simplified the process of making cryptocurrency transactions on its platform, which could be confusing for a layperson, RMIT’s Dr Nguyen said.

“You don’t actually need to know much about blockchain and cryptocurrency in order to be on the platform,” she said.

However, Dr Nguyen said, anyone who wanted to get involved in blockchain should have both “financial and technological literacy” and be aware that a young company like Magic Eden still faced many future challenges.

“The crypto market is in a bear market right now … and Solana is still a new chain and there are ups and downs that can easily happen in the market.”

A bear market refers to when investment prices drop by more than 20 per cent.

Consumer groups in Australia say there need to be stronger protections for those spending their money on cryptocurrency exchanges, particularly to protect against the collapse of crypto exchanges.

“In Australia, there are almost no consumer protections for people who invest in digital currencies, or cryptocurrencies,” said Patrick Veyret, a policy adviser at Choice, a consumer advocacy group. “If suddenly an exchange collapses, [and] we’ve seen a number of exchanges in Australia collapse, there’s no recourse for assistance or compensation for people who have invested their money.

“That applies across all crypto assets, if that’s … trading on NFTs or buying bitcoin.”

The future of Magic Eden

Magic Eden’s team is mostly US-based but has a “fairly large” team of around 15 people in Melbourne, the company’s second-largest international hub.

“I do think one day NFTs will go really big in Asia and in Australia and, maybe, in the future we will have a dual-centre company,” Mr Zhang said.

“I’m always trying to come back [to Australia] whenever I can.”

Mr Lu said he was “optimistic” that the company would continue to grow, despite the market conditions.

Dr Nguyen said the next challenge for the company would be to “grow a sustainable community”.

“Because, without that, it is actually not viable to sustain a marketplace business,” she said.

Space to play or pause, M to mute, left and right arrows to seek, up and down arrows for volume.